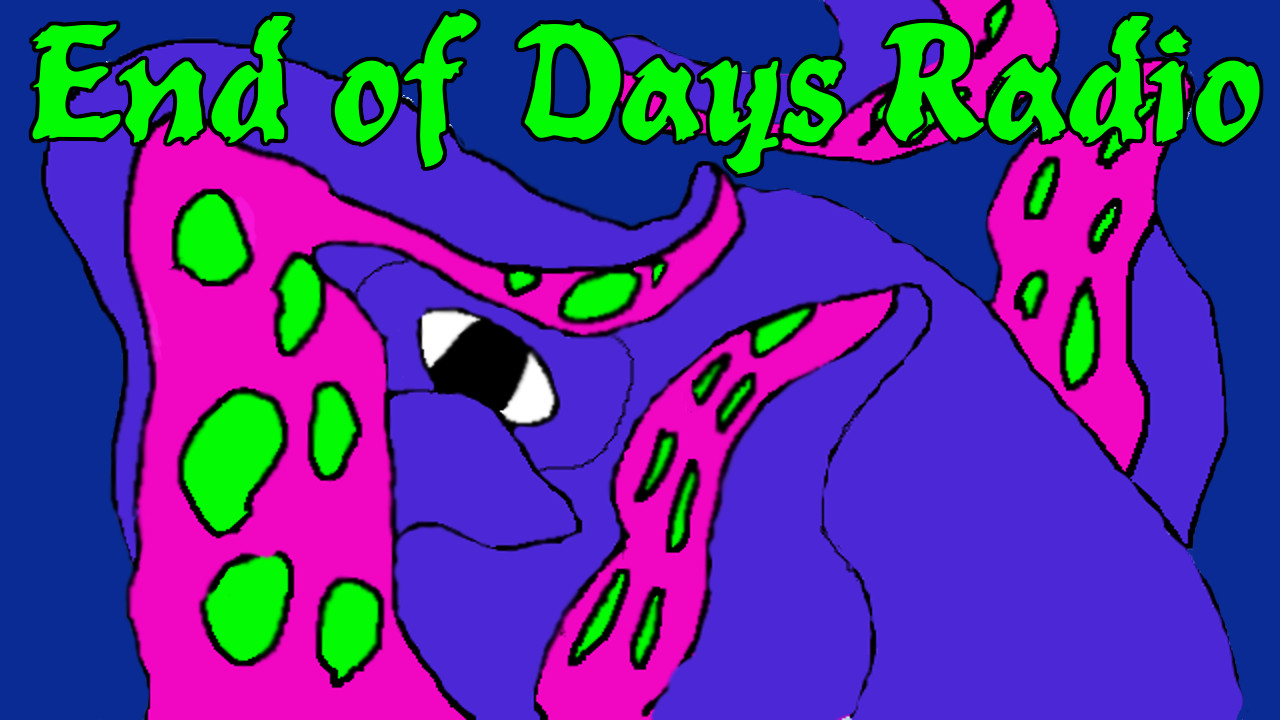 Here I am once again waking up in this world, this world at the brink of its own end for this is the last days, this is my first actual blog style writing post. Where have I been? No where of particular importance, just lost in my own inner void, combating my own shadow. If only I could learn to stop fighting with my shadow, if only Mr. Black and I could work together. The podcast will be back soon. Not just the podcast but the “Everything” as in I will be writing, making videos and doing whatever I want, whenever I want because that is how I spread truth, in the least it is my truth. I see so many more people doing this than back when End of Days Radio started in 2012. I hope I had something to do with that. It isn’t easy having G level fame, in fact the more I become a “famous person” the more I want to keep the show and what I do ground roots, I am just not looking for fame, sorry, it just seems like it sucks, Eminem told me that in his music and I believe him. Not only that but to famous in the world of “Conspiracy” usually means you are destined for a bullet or a “heart attack”.

In the world of social media we continue to see political upheaval, as per usual. The Trumpers keep on trumping and the liberals well, they continue to wear skinny jeans and sip their coffee while blowing up at anything Trump related. Living in Seattle, one of the most liberal cities in the world, I am the minority as someone who has and advocates old fashion values. I am even more in a minority because I also stand up for things I believe in that would be defined as liberal. I just don’t seem to fall into either political spectrum and I am quite proud of that. Truth usually exists somewhere in the middle of extreme viewpoints. It is clear that perhaps the majority of this back and forth is actually paid for by the super rich elite class who fund the institutions and the political organizations which push the ideals and philosophies that eventually manifest in the form of street gangs like the recent string of fisticuffs between Antifa, the left wing Socialist gang and their right wing equivalents the Gavin McInnes(look this guy up on youtube omg!) founded Pride Boys, who push a right wing agenda meanwhile advocating abstaining from masturbation…which is rather random and far removed from anything political…Well to be fair most of the kids, I do say kids because they mostly are, in Antifa look like uncoordinated Sloths wearing black skinny jeans.

Call me crazy but I would rather be behind a mic, camera or typing something up rather than be in the middle of some huge gang brawl but hey, that is just me. I am not choosing sides but rather I would suggest taking the lone wolf approach, seeing what change you can affect as an individual rather than join a gang. I am also 36 years old so that might have something to do with it too. My days of running around with greased hair and a switchblade are over..or rather they never happened for the most part, not that I haven’t seen or been part of a few scraps in my day. The thing about gang fights is that they are all about who has the bigger/stronger people and the violence is more random than anything. Anyone of those buggers could pull out a gun or a knife at any time if they want to get really loco. If tensions mounts, you will begin to see this. If you want to fight, my advice would be to join an MMA or boxing gym and you will have all the fighting you will ever want, for a lifetime.

The real enemy always tends to be much more hidden. It certainly is not the Liberals or the Conservatives. It is the force that controls both of these groups. The same force that controlled both the Allies and Hitler himself during World War 2. Some would call it an Illuminati, perhaps that is what “They” like for it to be called. They do seem to really love showing us all what they are up to in the form of their secret language, symbolism. These occultists are responsible not only for your personal monetary debt but also the terrorist attacks experienced around the world and even this insane gang fighting we see in the streets that are reminiscent of the streets of Germany pre-World War 2. This group comprises the basic power structure of our world, they control the Vatican as well as the large banking dynasties….as well as the web of secret societies that penetrate into our own daily lives. What town does not have a Mason hall of some kind? These people fund social movements in a game of geo-political chess through proxy agents and the educational system which is little more than slavery and mind control.

The worst part is that these folk are not only occultists but pedophiles as well. We see them in the Catholic Church(Vatican), we see them in Governments, we see them in Hollywood connected to these mysterious super rich Luciferian families. If there is one group we should unite against, it is not the left or the right but the pedophiles hiding behind endless walls of money. Money which is nothing but nothing, just zeros and ones. Why should we ever be afraid of them? They only can control us as much as we let them. There are only chains on us if we believe there are. If you do not believe me then I invite you to research. If you really look hard enough, where they don’t want you to, then you will eventually realize the horrifying truth. You may even stop believing in Aliens, well at least in the sense that you used to…but we can get to that later…

Listen live every Friday night at 5 pm pst here or search “EODR” on your Tune In Radio App.