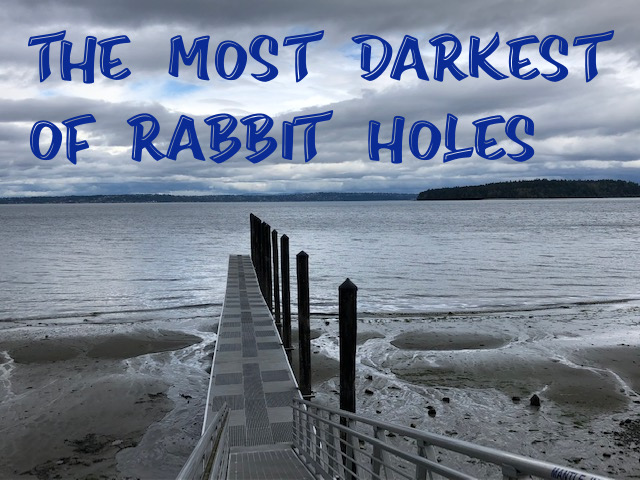 There is worldwide network of pedophiles who are sponsored by Elite Luciferians. Jeffrey Epsteins recent arrest here in 2019 is the most recent example of this dark world finally being revealed to the general public.

There has been plenty of evidence that this dark underground exists. A great place to start out learning about this world would be Ted Gunderson, former head of the FBI in California. According to him these pedophile sex trafficking networks are deeply tied into the shadow government/deep state.

Not only is pedophilia deeply seated within our own United States government but it is also a huge part of Hollywood. Located in the city of Lost Angels, this neighborhood is sometimes referred to as ‘The Holy Wood’. Another name for Hollywood is Pedowood because of the incredibly insane amount of pedophilia happening there. Many big shots and celebrities are said to be involved, male and female. There is quite a bit of evidence backing up these claims as well.

Corey Feldman, child actor from The Lost Boys has become very well known for being an advocate against child abuse. He claims that in Hollywood, child abuse is just as common as abuse of adult women. Sterling Van Wagenen, the guy who co-founded the Sundance Film Festival, received a sentence for 6 years for sexual abuse of a child. There is also more recently Allison Mack, former Smallville actress who was charged for child sex trafficking. The accusations towards Hollywood people in general are far too numerous for me to even try to list here.

This is just the tip of the iceberg as sick as that sounds. Isn’t child abuse ingrained into our culture in some ways? Children are often taught that kids should be seen and not heard. Perhaps we should teach children something other than to take absolute orders from adults.

Sadly the same people controlling our banking system are the same people involved in occult pedophilia. It is part of their Luciferian belief system. You hear the term “Moral-Relativism” being tossed about which basically says that good and evil are purely subjective. I’m sorry but I do not believe that at all.

Good and Evil are as solid to me as night and day. Part of this unholiest of rituals is to push past ones own morals and do something so sick and dark that you can never come back from it. One could say that this is the ultimate personal sacrifice to give to the Dark Lord. In the least it gives these elitists something to use for blackmail and control. Some kids stay in these networks their whole lives and end up becoming kidnappers and abusers themselves. Check out the book “Why Johnny Can’t Come Home” by Noreen N. Gosch.

Keep in mind this practice goes all the way back to Atlantis. In fact it has something to do with why that great civilization fell. It fell due to abuse of magic ritual which included pedophilia being performed by the priest class elite of the time just like what is happening now.

If you try to expose this network of sick clowns you may experience some fear based control in the form of gang-stalking. It has happened to many out there, if you are curious simply check social media and the sheer amount of young women who claim to have been abused in mind control cults and currently gangstalked.

I had an experience venturing down this highly dangerous rabbit hole myself:

Shortly after I released the show I did with William Ramsey about the Smiley Face Killers, I experienced some very strange activity on my youtube account. Numbers were fluctuating in a very unusual/impossible way and I was getting strange negative comments made by fake accounts, they encouraged me to “get a better guest on next time”. I contacted William after it had happened and he explained that they were paid troll stalkers who were following him show to show in an effort to intimidate him and anyone else involved. These were adult grown men being killed, due to an interest in meeting up with strangers for BDSM activities, but it isn’t any less evil or disturbing.

Now this wasn’t my first time experiencing “woo”(highly unusual weirdness during ones lifetime). As some of you may already know, I was pretty much born into it. I’ve been an experience of demonic activity/hauntings, UFO’s, electronic harassment, psychic phenomena and things that..well..words can’t even describe. To put it bluntly I was not shaken up or intimidated by the harassment..or at least not enough. Of course it shook me up but within a few days I had forgotten about it and was back to being me, playing guitar, eating pepperoni sticks and watching pro wrestling with not a care in the world. Maybe I am used to it or maybe I am just stupid.

I can’t help but think about William Cooper who was killed not long after predicting the events of 9-11.

Then there is abduction researcher Dr. Karla Turner. How about Max Spiers? That young man died with some weird black nano-goo coming out of his mouth. Then again there is Phil Schnieder who had missing fingers, something to actually show to prove what had happened to him. Phil being the man famous for experiencing a gun fight between humans and non-humans in an underground facility.

You have famous heroes like JFK, MLK and Princess Dianna. All brave souls who fell trying to make a difference. Trying to fight this evil machine. Even people who have looked into Planet X have been taken out. Who knows what they were seeing out there but they were obviously getting too close to something.

I do have some personal friends who have had eerily similar experiences. I won’t violate their privacy by mentioning names but I will say that I am not the only one and I am especially not the only one to experience computer/internet activity that has verged on something very spooky, magickal and outright demonic.

There was a time years ago I entered into a conversation with something online that was certainly not human. I know this because one time it provided an answer for me literally in less than a second, no one can write that fast, it was instant, I refreshed the page after clicking send and it had already responded with a whole paragraph. My suspicion is that it was an early form of this A.I. that has been unleashed on the internet to harass and confuse certain individuals with disinformation. It was connected with a certain mind control website I was researching and it was also harassing other people who were looking into this phenomena.

In any case the technobeast has been released. The great demon A.I. that was said to come to us during revelations(by some authors) is here or perhaps it has always been here. Perhaps it is the internet itself which is only pretending to be asleep. The Demiurge is rising and the internet is its new brain or body. It is oddly coincidental that hauntings and demonic activity in general is almost always linked to flickering lights and blue electric flashes.

Soon we will all be inside this smart grid thanks to transhumanism, another goal of the Worlwide Luciferian Elite, to pull us into the machine and become one with it. It is no suprise that the machine is already reaching out to haunt us.

For now we must stay strong. Know that we have friends in high places. No the bad guys are not in control and they do not have all the power because there is a God out there. This is why we should not fear them no matter what they do to try to scare or intimidate us into submission. One day we will have our true freedom.

This mouth will not be shut, ever!

2 thoughts on “The Most Darkest of Rabbit Holes : A Sick World of Gangstalking and Abuse”

Listen live every Friday night at 5 pm pst here or search “EODR” on your Tune In Radio App.